The Art of Copying Art

Art, from its very nature, is based on a constant borrowing and sharing of artistic elements. That is not to suggest there is no parthenogenesis in the art world but a multitude of forces- economic, social, and political- which when intertwined, constitute fertile ground for artistic creation. Put simply, the most ground-breaking ideas in art history are born when artists articulate their personalised internal reaction towards ideologies, artistic movements and practices adhered to by their peers, whether in the past or present. Renaissance and Neoclassical Art would not exist without Ancient Greek and Roman Art, while Cubism would not have been the same or even realised without Surrealism. Rothko’s Four Seasons series would not be as grandiose if not for Michelangelo’s Laurentian Library and Jackson Pollock would still be painting landscapes if not for his embrace of Abstract Expressionism. What a mind-twisting notion. Whilst at first sight these seem dubious assumptions, one must never forget that the timeline of art history is nothing but linear and in effect, relative.

Artists borrowing and referencing works of other artists keeps the discourse between art movements and art practices alive; it creates pathways for innovation. Nevertheless, while art historians and art experts embrace the spirit of mutual exchange, one is left to wonder- what happens when this borrowing practice becomes an act of direct copying? Is it acceptable for artists to copy other artists? Does the art world award the artistic merit of a copy as it would an original piece? The first reaction would be a staggering “no”. Given the rise of intellectual property law and the concept of artistic originality, copying an artistic composition or part of an artistic composition sounds utterly despicable. In effect, the weight society attaches to the concept of originality and authenticity embodies a threat to the integrity and value of copies as stand-alone works. Authenticity has come to mean “the quality of being real or true”, while originality is “the quality of being special and interesting and not the same as anything or anyone else”.[1] Following these definitions, it is no surprise that copies are often dismissed for having a lower artistic and monetary value than the original work. Drawing a comparison between the copy and the copied work is unavoidable.  Nonetheless, the act of replicating compositions carries great social, political and aesthetic implications, independent of any such comparison.

Historic sources, manuscripts and surviving artworks prove that the act of copying from 27 BCE, with the birth of the Roman Empire, to the 17th century, was a commonplace and valued practice. That is not to say that faithful reproductions were never contested throughout this time, but in many cases the practice was accepted and embraced.[2] The whole of the Roman Empire was based on the adoption of artistic motifs from the cultures it conquered, first and foremost Ancient Greece. Romans produced direct copies from Ancient Greek art such as pottery, sculptural compositions and architectural designs. By the 2nd century AD, the demand for reproductions of Ancient Greek sculptures reached an all-time peak with copies decorating private estates, theatres, public baths and monuments.[3] The placement of replicas was accompanied by a feeling of great pride, as the sculptures were associated with the virtues of heroism and beauty. Therefore, in the eyes of ancient audiences, the Roman replicas were as “original” and lavish as the source works.

16th and 17th century Europe saw a rapid and widespread growth of the art market as an economic platform. In England, patrons were especially fond of portraits depicting sitters from the royal court. Hence, artistic practices heavily relied on the duplication of complete compositions and techniques as a way to respond to the demand of the buyers. Paintings of the same sitter featured in the exact same arrangement, such as Catharine of Aragon of whom there are six surviving portraits, was a distinct feature of Tudor and Jacobean portraiture. A noteworthy example is Hans Holbein and Hans Holbein’s studio who in many occasions created two identical versions of the same sitter.[4] Holbein created two portraits of Archbishop William Warham, from which only one version survives and is part of the Louvre’s collection. Interestingly, two further portraits of William Warham were found, created in the late 16th – early 17th century, therefore years after Holbein’s death. The two portraits are almost identical to Holbein’s originals, but have slight variations in colour. The abundance of copies and their high demand shows that the status of the portrayed was in many occasions more important than the status of the artist. Consequently, the concept of originality and authenticity as we know it to be today did not always exist. Paintings had an innate quality based on the choice of imagery.

In a similar manner, copies of Flemish art took a commercial turn.  However, copying art was also a way for younger artists to learn from their tutors and honour the great masters that preceded them. The ability to copy old master paintings was considered an act of great skill that only the best upcoming artists could achieve. Pieter Bruegel the Younger emerged in the artistic scene of 16th century Belgium as the successor and copyist of his father, Pieter Bruegel the Elder. In collaboration with his studio, Bruegel the Younger flooded the art market with a kaleidoscopic array of copies and pastiches of his father’s paintings. A self-taught artist, Bruegel the Younger used his father’s compositions as a learning point but also as a way to exploit the market’s demand for them.[5] As many of Bruegel the Elder’s original works were inaccessible, being part of private collections scattered all over the world, Bruegel the Younger often used copies of his father’s paintings as his source of reproduction. Consequently, many of his paintings differ in colour and compositional details from Bruegel the Elder’s original works. Based on the amount of different versions introduced in the market by Bruegel the Younger, it is evident that the trend of collecting did not exclusively call for the faithful copying of pre-existing works. Capturing their overall likeness and impression was sufficient. 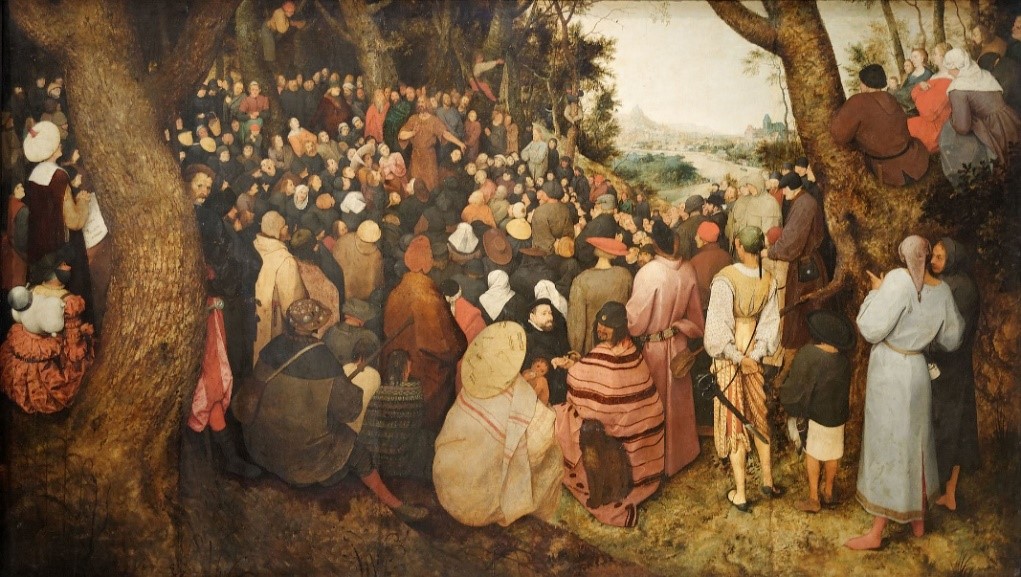 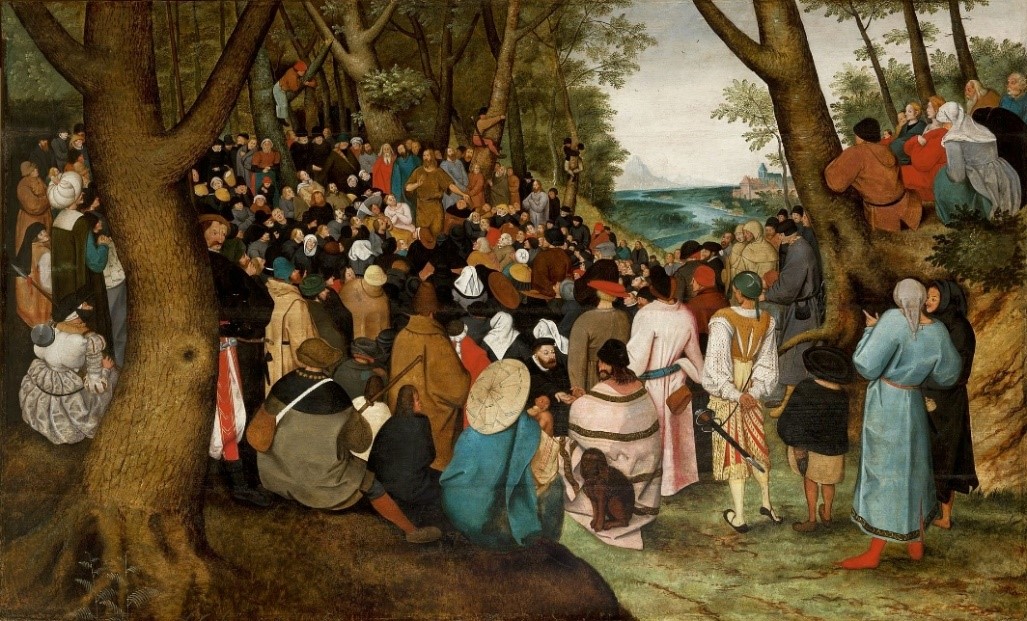 Acquiring versions of a great artwork was a matter of pride and evidence of a noble social status. A remarkable private collection was that of King Charles I, who owned approximately 60 reproductions of old master paintings. Some of the reproductions were gifted to him, others were directly commissioned by the King himself, whilst some were copies of works that were already part of the collection. Additionally, 16th and 17th century Italy saw a large number of copies of Raphael’s paintings by skilled artists under commission. Being one of the most sought-after artists, all private collectors desired a work by the genius Italian painter.  Therefore, artists did not hesitate to produce multiple versions of their own work as a response to commissions and commercial demand. An example is the 18th century French artist Nicolas Poussin and his series of the Seven Sacraments. Poussin created two series, each comprising of seven paintings representing the Seven Sacraments of the Roman Catholic faith. Both series were produced under commission for Cassiano del Pozzo and Paul Freart de Chantelou respectively.

The trend of copying complete compositions continued during the 19th century with the emergence of Classical Revival and the reproduction of ancient Greek and Roman motifs such as the caryatids and ionic architecture. However, with the rise of authorship as an artistic concept, artworks were gradually considered as products of one’s own intellect, which were in need of legal and moral protection. The positive perception of faithful and direct copies changed and was replaced by a concrete encouragement for the creation of original works of art. Nevertheless, the rise of Postmodernism during the 20th century, and the art movement of Pop Art soon challenged this mentality.  I am sure we are all too familiar with Andy Warhol’s appropriation of Campbell’s soup cans and Roy Lichtenstein’s appropriation of comic book imagery. Shattering the boundaries of originality the new wave of young artists sourced images from contemporary culture and applied advertisement techniques to produce flashy and provoking artworks. 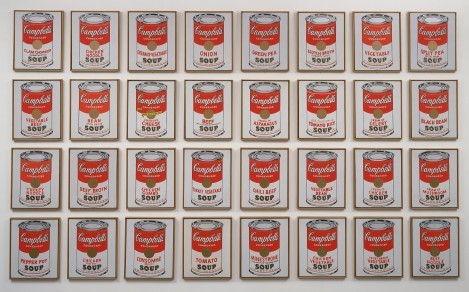 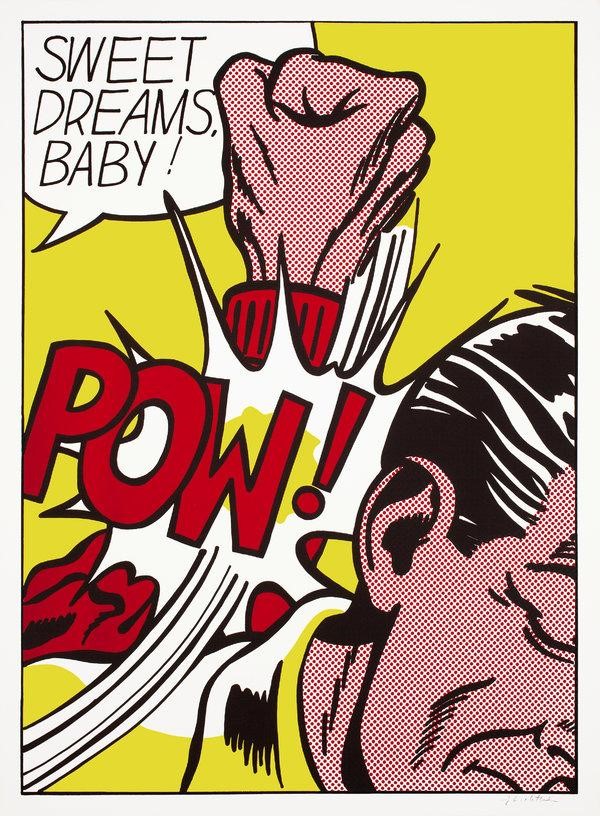 Andy Warhol, the pioneer of Pop Art, was perhaps the one who addressed the practice of copying in the most controversial way. Using a print of a copy of the original Last Supper by Leonardo Da Vinci, Warhol created a multiple image silk-screen print, Sixty Last Suppers.[6] The copy that Warhol reproduced dated back to the 19th century, but was not a faithful copy of the original Da Vinci. By appropriating the Last Supper through a mediation of the original, the artist blurred the line between artistic exchange and faithful reproduction. Both Sixty Last Suppers and the Last Supper can enjoy autograph status, despite Warhol’s work being innately reproducible due to the medium chosen. However, the originality status of the 19th century print still remains ambiguous if not rejected.

In conclusion, copying other artworks is a practice of multi-faceted importance that survived and thrived throughout art history. Today, we have ample proof of this passing through auction houses, private sales, galleries and other marketplaces on a daily basis. Although commercial institutions of international importance were always more reluctant to follow this trend, Sotheby’s has recently launched a new sale dedicated to old master copies.[7] The various key players of the art market have varying opinions on the matter; some believe that art should be revered for its form and not merely for its author.[8] Museums, such as the Victoria & Albert in London are becoming more accepting of copies, as they educate visitors about works that perished in time or are inaccessible to the public.[9] Similarly, art connoisseurs and academics find great use in copies when studying the artistic techniques and popular genres of various periods. Outside the fields of education and research, the opinion is quite different; authorship, originality and authenticity are major factors in determining the fate of an artwork, particularly its value. Unfortunately, the art market’s lack of transparency (concerning sales and their details) prohibits a full inquiry into the commercial value of copies. Would it not be intriguing to know how copies are priced in relation to their original counterpart and what criteria is used to base the value on?

[1] The definitions are taken from the Cambridge dictionary, as a reliable source.

[2] The first known artist who contested the act of copying was Albrecht Dürer in the 16th Century, who took his copyists to court and coined the idea that copies infringe one’s name and genius.

[4] Cooper Tarnya, “The contexts for the production and demand for painted versions and copies in the sixteenth and early seventeenth century”, National Portrait Gallery

[8] For instance, the indigenous culture of New Zealand, the Maori community, are considering the creations of a technological platform through which museum visitors (in New Zealand)  can see and experience Maori traditional art displayed off shore. Hakiwai Arapata, Diamond Paul, “Plenary: The legacy of museum ethnography for indigenous people today: case studies from Aotearoa/New Zealand” Museum and Society (2015) 13(1)

[9] The Cast Courts of the V&A in room 46a and 46b, display copies of works from all around the world, such as Michelangelo’s David and Ghiberti’s Gates of Paradise.

We publish once weekly.

The Internet Advertising Bureau UK found that nearly 80% of consumers would be more inclined to buy more often in the future because of a brand’s presence on social media. 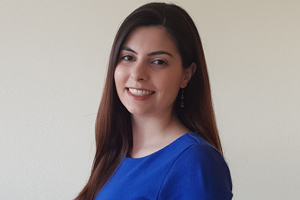 Nefeli Stylianou is a qualified lawyer who received her higher education in the United Kingdom and completed her legal training in Cyprus. After studying an MSc in Christie's Education, the Educational department of the renowned auction house, Nefeli is working in the commercial side of the art world. Interested in the current art market as well as curatorial and museum practices, she draws knowledge from her art, business and law background. In effect, her writing explores art historical subjects through the lens of contemporary reality.